Winners of The World's 50 Best Restaurants 2021 announced in Antwerp

The World’s 50 Best Restaurants 2021, sponsored by S.Pellegrino and Acqua Panna, reached an exciting conclusion on Tuesday 5th October with the announcement of the winner: Noma restaurant in Copenhagen, Denmark.

Accepting the award, Chef René Redzepi, the chef and owner of the restaurant, thanked his team, and said this would never have happened without them.

Chef René Redzepi was joined on the podium by Chef Rasmus Kofoed of Geranium in Copenhagen, Denmark in second place and Chef Victor Arguinzoniz of Asador Etxebarri in Atxondo, Spain in third.

The city of Antwerp in Flanders - the region in the north of Belgium with a rich culinary heritage - played host to the event, which was also live-streamed on 50 Best social media channels.

Among a series of additional prizes announced on the night were the new Champions of Change awards, sponsored by S.Pellegrino. Celebrating local food heroes who have created change for good in their communities, the three inaugural awards went to: Kurt Evans – from Philadelphia, USA, for rallying the local community around ending mass incarceration; Viviana Varese – chef of Viva restaurant in Milan, Italy - for breaking down barriers around LGBTQ+ and inclusivity; and Deepanker Khosla - chef-owner of Haoma in Bangkok, Thailand - for turning his restaurant into a soup kitchen during the pandemic.

The World's Best Female Chef 2021 was awarded to Peruvian chef Pía León, chef-owner of Lima’s Kjolle, co-owner of Central, while the Icon Award went to Dominique Crenn of Atelier Crenn in San Francisco, USA, who is a LGBTQ+, inclusivity and sustainability activist and author. Last but not least, London's Ikoyi, a cosmopolitan restaurant creating spice-based cuisine around British micro-seasonality, took the One To Watch award.

You can find the full list of awards on Fine Dining Lovers. 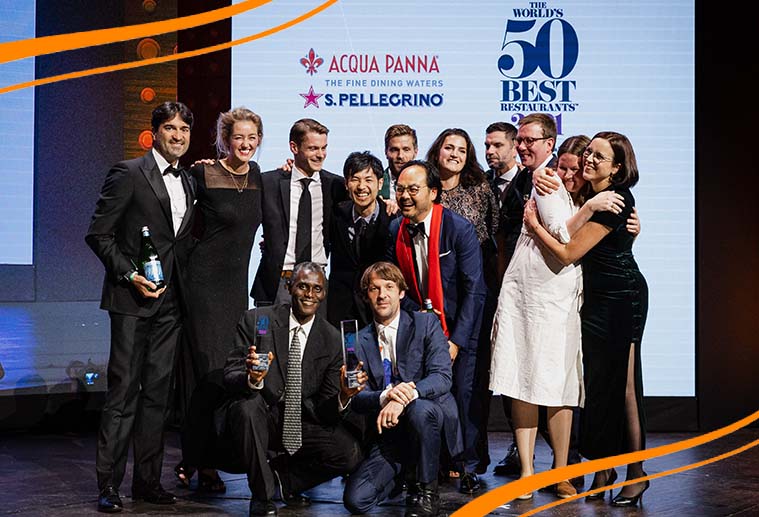 Previous Article Acqua Panna has started the process for Alliance for Water Stewardship Certification in 2022
Next Article The Acqua Panna Award for Connection in Gastronomy: meet the finalists